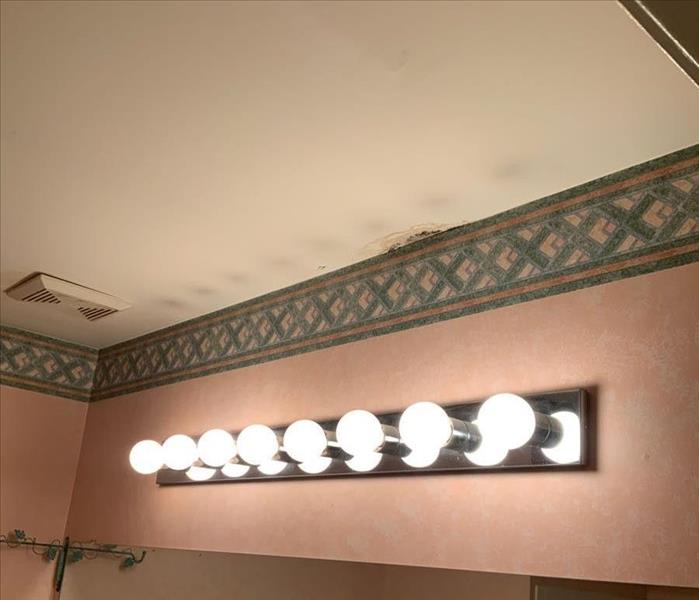 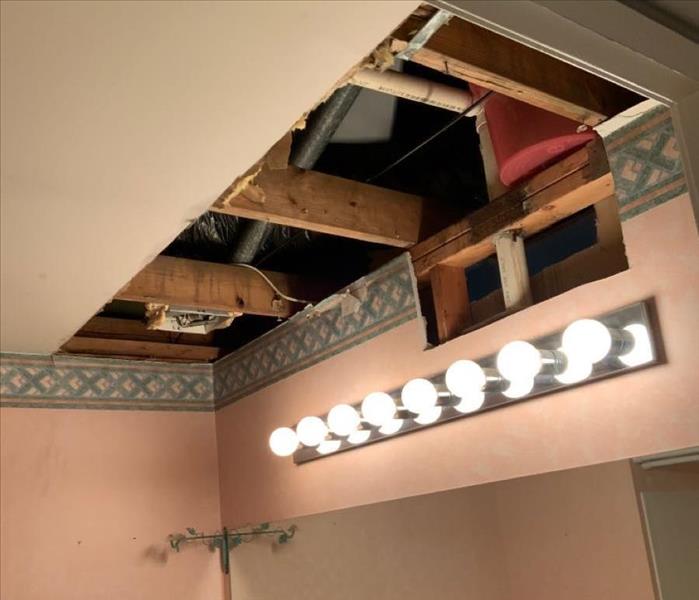 A slow leak in the ceiling of this Bedminster bathroom only shows some small water spots in the Before Photo and misled the homeowner to think this was a minor issue. SERVPRO got called in and upon scoping the ceiling, the technicians used their moisture detection equipment and found that the water damage was more widespread than previously assumed. The After Photo tells the true story for how much water damage occurred and moisture wicked into the sheetrock over time. The technicians only cut off the damaged portion of the ceiling and left the rest intact so the homeowner only had minor repairs get made once the mitigation services completed.