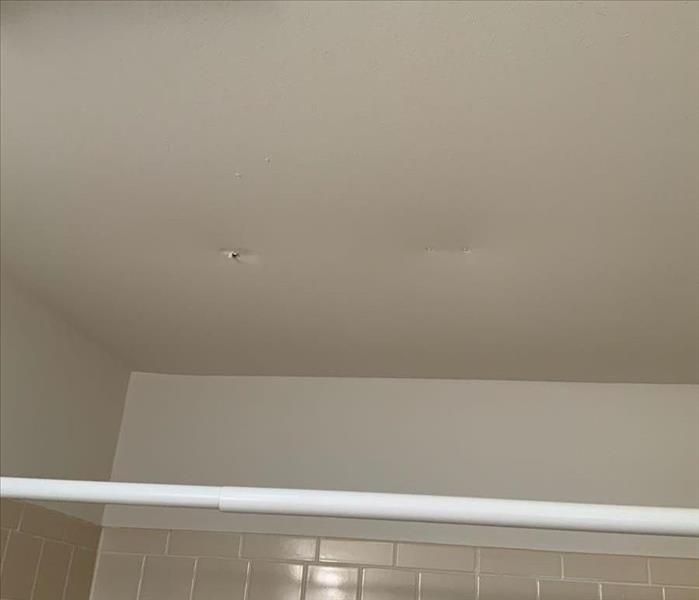 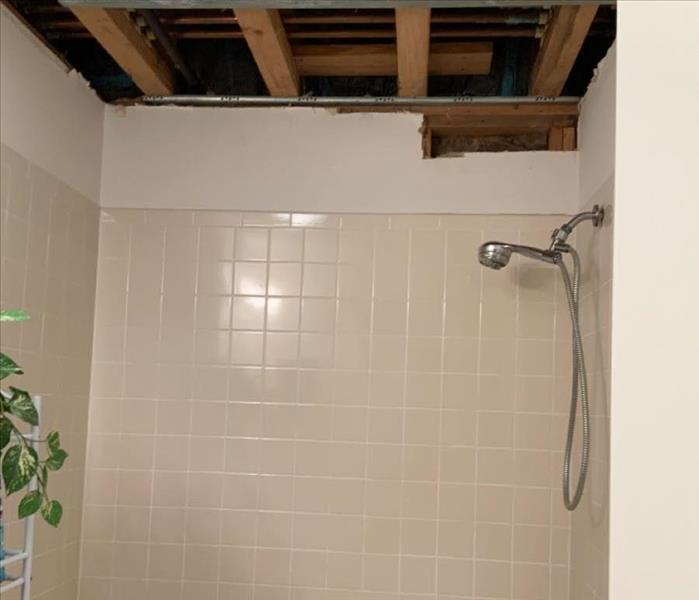 The Before Photo shows a Bedminster bathroom with two small spots in the bathroom ceiling. The property owner brought in SERVPRO to mitigate the water damage. The technicians used their moisture detection devices to map the migration path of the water within the ceiling and found the scale of the water damage was much larger than it looked. A significant portion of the drywall needed to get removed and dry the wood framework inside as shown in the After Photo. Fortunately for the homeowner, the majority of the tile in the shower did not have any signs of water damage and did not require removal during the water mitigation services.