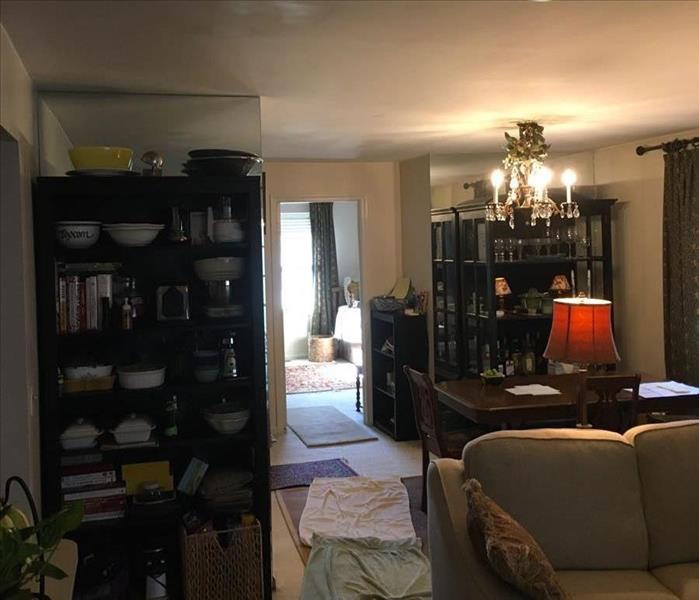 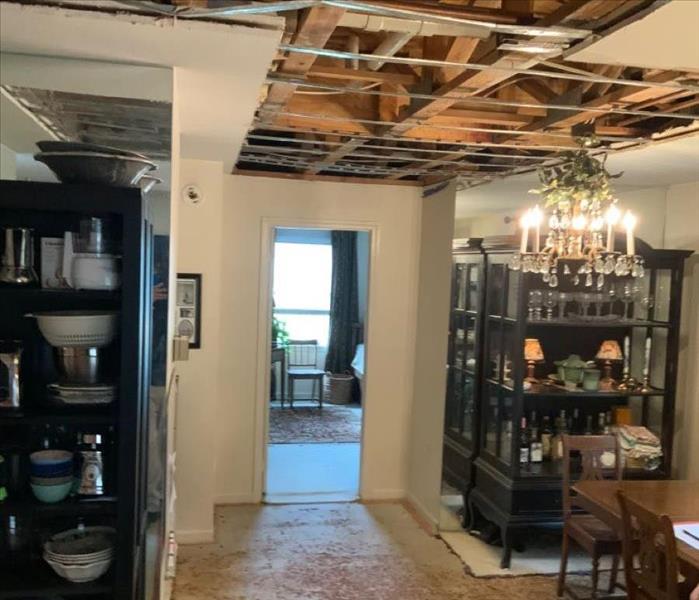 The homeowners in this downstairs Basking Ridge condo unit did not have a pipe burst or other water damage issue. The upstairs neighbors had a major sink overflow that dripped down through the floor into the downstairs ceiling. The property owner called SERVPRO to work on both units and restore them. The Before Photo shows the homeowner’s attempt to soak up the water dripping down from above by putting towels down under the ceiling leak. However, since the floorboards were laminate floorboards, the paper product core has no potential for restoration as the integrity of the board structure gets ruined. The After Photo shows the true scope of the water damage in the unit as a significant portion of the ceiling needed removal along with the floorboards to allow the subfloor and ceiling to dry completely before repairs could get made.