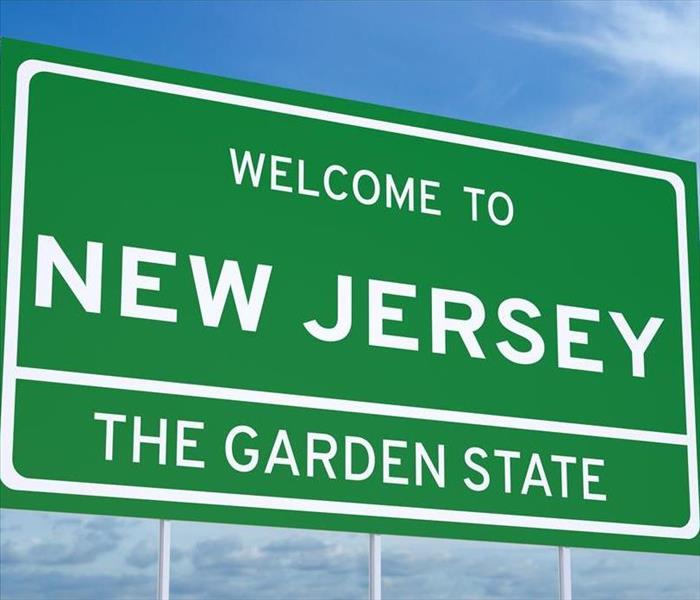 Flood damage can be harmful to ones health. SERVPRO team will to rid your home of harm or foul. Their technicians are qualified for these issues.

Flooding can be a threat to homes, businesses, and historic structures through Bridgewater.

There is little disputing the historical place and importance of Bridgewater in the country's formation and its continued growth over the centuries. With a settlement dating back to 1749, many structures and homes have historical significance even before America declared its independence from its British rulers in 1776. As a leading restoration company in the area, our SERVPRO team can get tasked to preserve these properties to their original grandeur after flooding and other losses.

Building along the Raritan River made sense for settlements, specifically those like Bridgewater that became one of the earliest developments in New Jersey. This created regular trade routes for bartering and the growth of the rural community. Initially, the area was chartered by George II in Great Britain. Much like other towns and cities throughout the northeast, the name Bridgewater comes from a village of the same name in Somerset County in England. Despite the city being created for and by the King of England, it would serve as one of the influential sites for the American Revolution that would win the United States their independence.

Illustrating this point is the Middlebrook Encampment nearby. In 1777, and for a prolonged stay between 1778 and 1779, this fortress served as a home for a regiment of the Continental Army stationed to overtake or protect important cities and settlements like New Brunswick. The placement of this encampment created a natural barrier that protected troops and allowed them to keep a constant watch on stationed British forces across the field. Much of this property has been deemed vital to the National Register of Historic Places.

Today, the encampment continues to be a landmark worth visiting. Every year on July 4th, a program happens at the site where the Declaration of Independence is read and other notable occurrences. The accessibility of this encampment can show those interested in the history of the Continental Army a look into some other strategic mind of one of history's most respected generals, George Washington.

Another historic site that exists from the time that Bridgewater first was chartered by George II is the Van Horne House. The structure exists on East Main Street and was initially built for Phillip Van Horne. Much like the Middlebrook Encampment, this property would also serve to be a stronghold for American forces overtaking British rule in the area. This home would be a temporary headquarters for American General Benjamin Lincoln. This location would also be where Lincoln would flee from when an overwhelming force of British troops would bear down on Bound Brook nearby.

During a second occupation of the Middlebrook Encampment, the Van Horne home would again serve as temporary quarters and a planning station for an American General, William Alexander – also known as Lord Stirling for his noble Scottish birthright. It would not be until the early 2000s when the site would be recognized for its place in American History and its distinct architectural treasure by the National Register of Historic Places.

In the Finderne section of the Bridgewater Township, this historic house predates the chartered settlement. During the prolonged encampment in Middlebrook, this massive structure would be a makeshift base of operations for one of George Washington's most trusted commanders, Nathanael Greene. It would be the son of the home's original owner that would grant the property for use by the Continental Army, namely as lodging for Quartermaster Greene and his wife.

Today, the property is owned by the Somerset County Historical Society. It has been turned into a living museum and library for historians and those seeking a look into colonial life and the significance of the property to the American Revolution.

Beyond the tens of thousands of residents of the city, another area where Bridgewater has grown immensely over the past century is with retail options. While the presence of small shops and stores throughout the town and the surrounding areas has always been a staple of the economy, the area began to thrive with shopping centers and malls. An excellent example of this is the Bridgewater Commons, a nearly 1 million square foot facility and grounds that boast more than 170 stores and services and three anchor locations.

Realizing the Threats of Flooding for Bridgewater Homes

With the expectancy of violent storms and flash flooding scenarios, any homes and businesses caught in the path could suffer considerable structural damages. In 2011, for example, the area was struck by Hurricane Irene, which left substantial flooding in several neighborhoods. This would also cause the flooding of significant commercial properties, causing chemicals to leak into the Raritan River. The fast response of SERVPRO to flood damage in Bridgewater homes can reduce overall loss and get you back into the property quicker after flood exposure.

Because we are also experienced general contractors, we can offer effective emergency services beginning as soon as we arrive. These contractors can begin muck-out cleanup to eliminate debris and reduce the concentration of harmful contaminants and hazards. These building trade professionals can also start vital efforts like a controlled demolition to remove and discard materials and contents directly exposed to known contaminants.

Standing water is another concern for our experienced restoration technicians, so we must use multiple tools to address these conditions. Natural flooding often comes with debris and solids present in the standing water, which leaves the removal of surface pooling to machines like trash pumps and wet vacuums.

Knowing what steps must get taken to address flooding in your home can show the importance of securing professional recovery services like our SERVPRO of Bridgewater team as soon as possible. You can reach us anytime at (908) 222-2020.