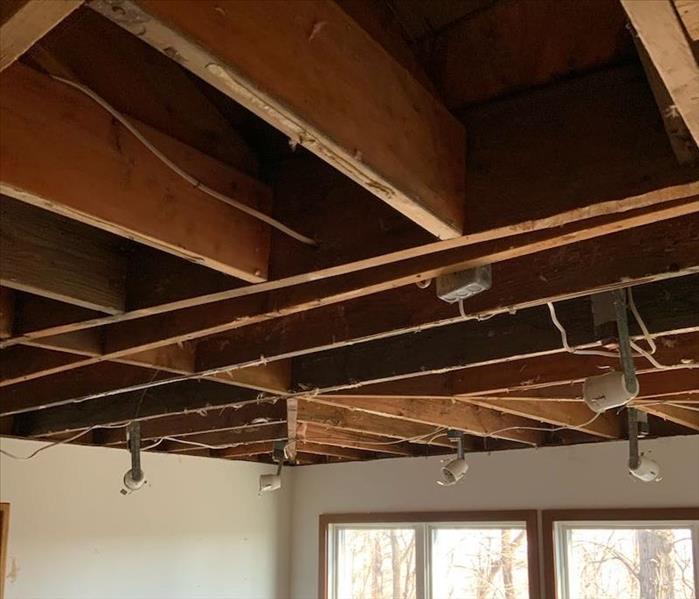 Water damage restoration is not a DIY project. SERVPRO technicians are IICRC certified and have the knowledge on what to do.

The city of Bridgewater has a long history with humble beginnings as part of a land parcel sold to local settlers by the Lenape, aka Delaware tribe. The estimated population of the tribe before the European settlers arriving was over 20,000 members. The Lenape worked in family groups where the women tended their farming crops while the men hunted. Initially chartered by King George II of England in 1749, the settlement received its incorporation as one of the original townships in New Jersey. It got its name in honor of Bridgwater, located in Somerset County in England.

From its inception until the mid-1960s, the primary industry in Bridgewater was farming. As the cities of Plainfield and Neward began to expand, the population started to grow, and more types of businesses established themselves in the local area to get away from the Plainfield-Newark region after the 1967 riots caused a great deal of property loss. This led to the development of the pharmaceutical, telecommunications, and financial industries in Bridgewater. As a modern, suburban community, the city has few reminders of its past as a significant farming hub and is now the second-most-populous city in Somerset County.

Much of the city is flat, the first ridge of the Watchung Mountains passes through, and the northern edge is more elevated. The Raritan River has branches that run outside the perimeter of the city and form a border. Bridgewater has several unincorporated communities within its township, including:

One of the top draws for attendance in Bridgewater is the TD Bank Ballpark. A relatively new structure, this stadium was built in 1998 and can seat 6,100 people. It is the home field for the Somerset County Baseball Tournament and formerly hosted the Big East Conference Baseball Tournament from 2000-2005. It has won accolades in 2015 and 2016, getting named as Ballpark Digest's Best Independent Minor League Ballpark in the United States.

This park is another frequently visited outdoor area in Bridgewater. There is a canal in the middle of the park built to divert water from the Raritan River. People could rent canoes and paddleboats in the past, but this option is no longer available due to safety concerns. The park features numerous walking trails, a ranger station, a learning center for children, and a summer concert series for the locals and visitors to enjoy.

What Problems Can Water Damage Cause in Bridgewater Homes?

There are many issues that water damage can be the root cause of within a Bridgewater property. Dependent factors are the type of water, how long it went on, and how quickly the cleanup efforts began.

Scoping a property upon arrival is one of the initial steps SERVPRO technicians undertake to determine the scale of the damage from the water they are dealing with. A visual inspection is not enough; location of the migration path of water or areas affected behind a wall requires specialized equipment such as:

SERVPRO of Bridgewater at (908) 222-2020 handles water damage mitigation for the local Bridgewater community. The techs arrive quickly and make it, "Like it never even happened."